Lyle Jansma, the owner of Jansma Design LLC, became involved in photography at the age of 11. With a 1960’s Polaroid land camera, Lyle began snapping shots of family, friends and almost anything that moved in the air or water. While in high school, Lyle enrolled in a basic photography class, and at the end of the class, was offered a position as a stringer photographer with the local newspaper, the Aberdeen Daily World. While in college, Lyle continued to study the application of photography, in class and on the job. It was around this time that Lyle moved in a different direction by becoming involved in commercial fishing. After spending several seasons fishing in Alaska, Lyle followed in his father’s footsteps and took a position with the Washington Department of Fisheries. While raising fish was challenging, it was not quite as exciting as catching them. By chance, a local boat builder offered a job to Lyle and he jumped at the opportunity to start a new career. Starting at the figurative bottom of the boat, Lyle worked his way through the ranks, all the while making his photographic skills available when the opportunity to use them presented itself. 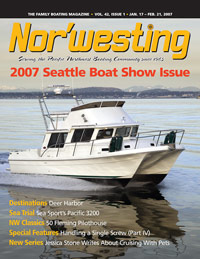 In 2004, Lyle was asked to leave the production line to take up the position of media manager for Bellingham based boat builder, Seasport Boats. This new position took full advantage of Lyle’s creative nature and allowed him to put his photographic talents to full use. He was now responsible for creating the visual image of the company thru online and print advertising. From coordinating the photo shoots to building and managing the company website, Lyle was able to take his knowledge of boat building, and his love of photography, and combine them to attract new customers to the business. 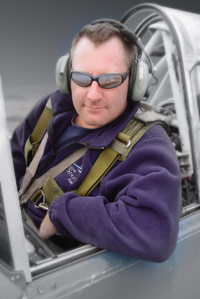 In the Fall of 2007, Lyle was asked to shoot several homes for a local Windermere real estate office by a friend who was a real estate agent. The positive response to the quality of the photographs encouraged Lyle to shift his focus once again. Seeing a need for high quality, affordable photography in the real estate market, Lyle formed Jansma Design LLC. Today, Jansma Design has the privilege of working with several of the premier real estate companies of Whatcom and Skagit counties. Not venturing too far away from the marine industry, Jansma Design is also involved in shooting 360 virtual tours for many of the local boat manufacturers and yacht charter companies. As a way to give back to the community, Lyle is also an active volunteer at the Heritage Flight Museum, located at the Bellingham International Airport. Often referring to it as the best, non-paying job he’s ever had, Lyle currently serves as the official museum photographer, giving him the opportunity to shoot pictures of vintage air craft that span over 60 years of aviation history.

Lyle was very professional and great to work with. We were putting a new web site together and Lyle came highly recommended. As an event center, pictures and 360's were a necessity so that we could show case our recent remodel of the old Bingo 262 building in Ferndale. Like everyone says, a picture is worth a thousand words!
Anna Schiessl
Ferndale Event Center
Jansma Design
Copyright © 2021 All Rights Reserved
iThemes Builder by iThemes
Powered by WordPress